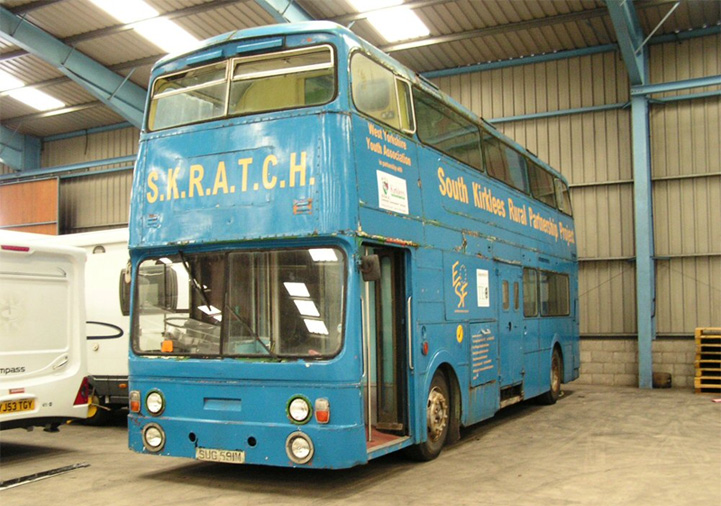 SUG 591M is famous as the last Leyland Atlantean delivered in Leeds City Transport livery, being registered on 15 March 1974, just a couple of weeks before the creation of the West Yorkshire PTE. It is likely however that the body was completed in February, and the chassis could probably date from 1973 (although the chassis number 7400950 denotes a 1974 chassis). 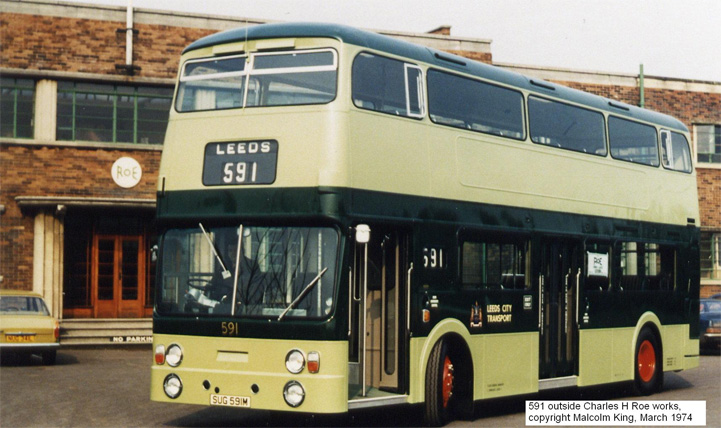 After being owned by Leeds City Transport, West Yorkshire PTE and Yorkshire Rider Leeds, the vehicle was withdrawn when new safety regulations in respect of the centre door were introduced, Rider understandably not wanting to spend money on vehicles that were life expired anyway. 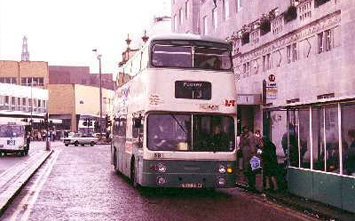 The vehicle was based in Leeds throughout its service bus life. The PTE liveried it in both their early "candy stripe" livery and the later simplified version, it then received Yorkshire Rider livery which it carried until withdrawal. The ex-LCT Jumbo Atlanteans were the only pre-PTE vehicles to receive Yorkshire Rider livery, although at least one Huddersfield design Daimler Fleetline (albeit delivered well into PTE ownership) did receive Rider colours.

It then passed to West Yorkshire Youth Association, who first liveried it in brown, red, green and yellow (with a brick effect on the front) and then an allover blue.

It was preserved in September 2004 by members of Transport Yorkshire Preservation Group, under whom it is under restoration, as and when time and funds permit. On the occasion the vehicle was collected from premises used by the West Yorkshire Youth Association it attended an MOT at Doves Truck & Van (LDV Main Dealer) of North Huddersfield; the MOT failure sheet (which lists the minimum level of work that is required to enable an MOT to be issued) is available here (please note two mistakes - as 591 was constructed and registered in 1974 it doesn't have (nor is it required to have) rear fog lights and neither is a vehicle of that age required to be subjected to a formal emissions test - a visual opinion being sufficient). 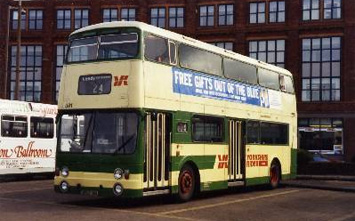 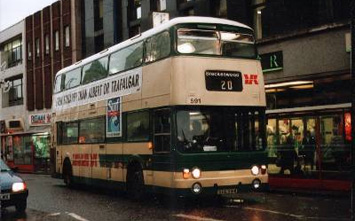 See the Fate spreadsheet, which details all the other known Jumbo survivors, except one.

We are indebted to Malcolm King, Mark Harrington, Daniel Stazicker and Adam Smith for permission to use their pictures of 591 on this page.